The first 2012 World cup took place on famous Rock island play hole. This hole is probably the most difficult one from all the world cup holes. For this competition we had only 2 day trainings with lot of people in the eddy. For only one training ride you had to wait more than 40 min. I mean in some way its nice you can talk a lot during the waiting, but on the other hand its seriously not comfortable specially when you get sour or stressed that you might flash out too soon before you will get some moves there.
I think i was struggling at the beginning a lot with my moves and definitely was not in good mood. The first day of competition was very hard, mens were starting as first and than woman category was next, so we stayed all day long on the sun. It made us really tired. I did the place 8 th and Nina came 4th after qualification. Unfortunately Nina started to be sick so she was not able to train anymore. Next days we went thru querter finals and semi finals. Fortunately I had really luck and manage it to finals from place 2. and Nina also from the same position. It was good feeling definitely but it wasn't over we still had finals to fight in. First was Nina she did good rides and end up on second place after well performing Emily Jackson. The men category was really strong. Ej end up on place 5. With really great rides, on the 4 th place was Adam ( CA) 3rd place Quin ( ESP) on the 2nd place with unbeliveble nice rides Dane Jackson ( USA ) and I finished on place 1. I was really luck I think it was really my day because all the kayakers were really great and each of us was good enough to win that event.
After the event was the ceremony with great party. Now we are at Pigeon river where the send World cup will take place soon.
See till next update and wish the luck for us at the next cups.
Peter 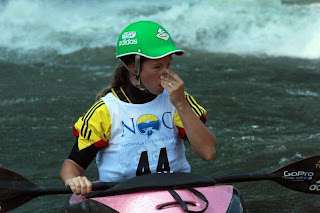 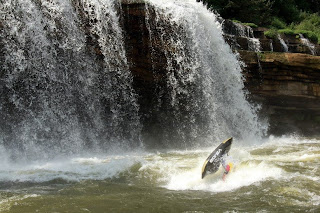 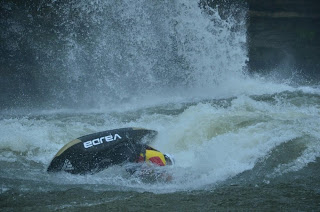 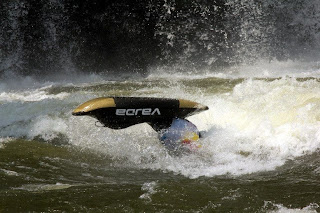 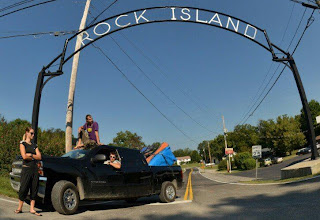 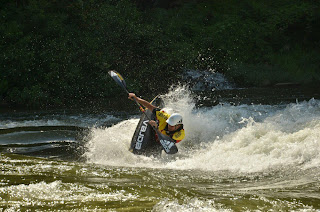